As the industry leaders, Facebook and Google seem to be locked in eternal struggle for supremacy.

Over the last number of years one of the main areas of contention between the two has been driving referral traffic.

However, it’s not simply about top market share, it’s a contest between social referrals and search engine referrals.

Until recently Google has been the top traffic referrer online. But according to data from Parse.ly, which provides web analytics for digital publishers that include the likes of Mashable, Telegraph Media Group, and Business Insider, Facebook recently surpassed Google as the top referrer for major publishers.

Parse.ly CTO Andrew Montalenti told SocialTimes that there are several factors contributing to this shift.

Perhaps the biggest change took place about a year ago, when Facebook began taking a more active interest in developing relationships with publishers to curate and promote content, he said:

I believe the reason Facebook did this is because they realized that a lot of the interesting conversations happening around the web were happening around major news, media and information, but the user-generated content was not enough to sustain the interest of Facebook’s users population.

This realization is also the likely impetus behind the launch of Instant Articles, a direct partnership with publishers to distribute content in what Montalenti referred to as Facebook’s revived News Feed:

All of these initiatives taken together you might describe as a gradual but nonetheless accelerated courtship Facebook is doing with media companies to encourage them to care just as much about Facebook content optimization as perhaps they cared about search engine optimization.

While Montalenti said he expects Facebook to continue developing its publisher relationships and prioritize content in the News Feed, he noted that the growth trend might have peaked and that Facebook will maintain a position as a the top referral source alongside Google.

Facebook is already providing close to 40 percent of traffic among other referral sources that we’ve identified, and that is only rivaled by Google and search as a channel.

Ultimately, Montalenti said it’s hard to imagine Facebook driving as much traffic overall because of how it works. Google on the other hand can drive traffic to different websites because of the long tail effect of search.

Facebook is more like a serendipitous browsing activity for its users. So it kind of makes sense that it’s driving an increase in share of media brand traffic because media brands are taking advantage of the zeitgeist of current discussions in the community and Facebook is reflecting that in their News Feed algorithm.

See How Your Business Appears
Across the Internet 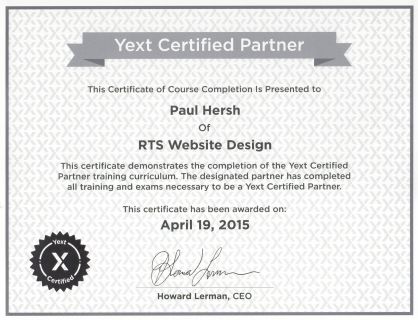 Don't Get Lost in a BIG AGENCY... Start your local SEO, today! As of Dec 09, we currently have 3 spots available!